A fading distress signal from a space station that’s gone silent. A metropolis filled with dark secrets, death lurking in every alleyway. Welcome to Nova-8. Step into the boots of Demetria Barton, one of the galaxy’s greatest bounty hunters, and lead her team to a mysterious city in search of answers and riches.

Distress is a branching visual novel for PC/Mac/Linux inspired by the likes of Silent Hill, Snatcher, and Mass Effect. Trapped in a city filled with deadly creatures and a ruthless militarized task force controlled by a shadowy administrator, you’ll have to use your wits and make tough decisions in order to survive. You’re responsible not just for your own life, but the lives of your crew as well. Make your choices. Live with the consequences.

Content Warning: Distress is a horror game through and through and deals with scenes that involve gore, violence, and profanity. The game also tackles dark themes including suicide, murder, depression, loneliness, slavery, fascism,  and PTSD.

What Folks Are Saying About Distress

Distress has many consequences in store, as the game features eighty different outcomes that you can reach depending on how you bluff, command, and fight your way through an array of difficult encounters with the ruthless aliens and cunning people. It’s not all about danger, though, as you’ll spend a lot of time with your crew as you unravel mysteries, getting to feel the bond between them for yourself as you read through the banter between them. This only makes things that much more stressful when one of their lives is on the line, though, as you’ll have shared in that connection with the crew.

Touching, devious, and utterly devastating when you fail a friend, Distress offers an intriguing mystery in a gloomy future."

"There are not a lot of visual novels out there that are worth the price of a cup of coffee. Distress is totally worth the asking price of five dollars, and I enjoyed my many playthroughs. I was a weepy baby on one particular run because of how piss-poor my decisions were.  I definitely encourage those who love visual novels to give this one a look, especially if you love fleshed out characters whom you can easily grow attached to. Distress will make you laugh, and it will also make you uncomfortable. Tread carefully, and remember, the pink creatures don’t shoot acid: it’s the green ones!"

" My first time through, I wanted to see just how badly things could go if I made the choices that were pretty obviously coded as “bad”. Fighting my instinct to always try to be the hero, I committed again and again until it finally came down to the climactic final choice. The game committed too. Without getting into spoilers, I was genuinely shocked with how hard Distress leaned into the reality of making that choice. Let’s just say that death isn’t the worst thing that can happen to Demetria and her crew as they explore Nova-8. The outcome was terrible, hard to watch, and true to the situation. I could see how Demetria could have gotten to that point, and how it would make sense if you played her as someone married to the idea of paying any price to see something through.

As cliche as it sounds when talking about a game, I was also really impressed by how much it felt as though your choices factored into how the game played out. Something as simple as deciding whether or not to walk down a street gave me access to at least five different endings. Few games that have branching narratives have made me feel like there was real diversity and consequence to my decisions outside maybe three or four main outcomes, but Distress managed to keep me in genuine suspense to see what would happen if I chose a different path.  That’s where Distress’ strength really lies, and what makes it worth playing."

"Distress will still be a hard sell to some people. It’s a visual novel. It looks like a mix between Steven Universe and an 80’s cartoon. It’s not something I expected to like as much as I do. It just works – and though it doesn’t eliminate the problems inherent in choice-driven games, there’s a hope that these principles will continue to be refined. While the complaints I have are definitely there (the sound mixing could use some work), I came away from this title with a lot of goodwill. I have no doubt it’ll wind up in my Top 10 at the end of this year."

Javy Gwaltney is an associate editor for Game Informer. When he isn't writing for the magazine or putting together silly stories, you can often find him playing his favorite game of all time, Mass Effect 2 or rewatching The Wire.

Ian Higginbotham (@Ianlaser) is a storyboard artist currently living and working in Los Angeles, CA making cartoons for TV. In his free time he draws comics and goes on hikes. One time he saw a ghost.

Erandi Huipe (@erandihuipe) lives in the sunny southern California sprawl where he happily hates the sun but loves to drive and sip on iced tea.

In order to download this game you must purchase it at or above the minimum price of $5 USD. Your purchase comes with a Steam key. You will get access to the following files:

On the main page it lists Distress version 1.5 but the folder I downloaded says 1.2 and when I install the game using the Itch.io app I also get version 1.2. Steam lists a version 1.4 but no version 1.5. In the game itself under the "about" section it says Distress 1.2. Is there any newer version than 1.2 ?

I just checked the branches to make sure and this is the most up-to-date version. They're just not named appropriately. Can't fix it tonight because I don't have the files on the laptop nearby but the naming issue will be resolved this week. However, the version you're playing has the most up-to-date content outside of the name goof. Apologies and thanks for bringing the issue to our attention! 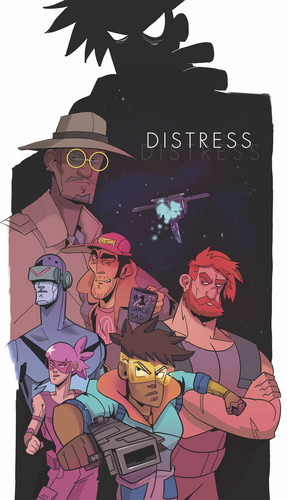 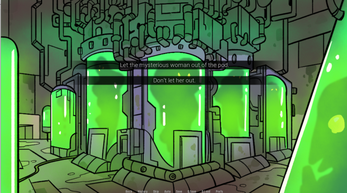 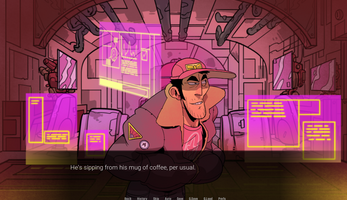 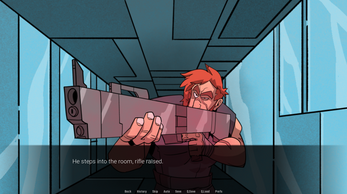 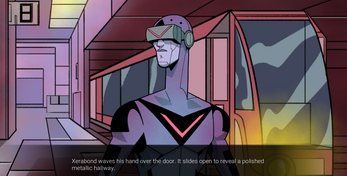 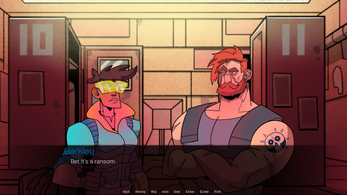