The Right Side of Town

Welcome to the future. The remnants of humanity, in the aftermath of a cataclysmic event known only as The Fall, have fled a dying homeworld to seek refuge among the colonies of the solar system.

Five hundred years later, on a decaying city orbiting Mars, an android lives in secret, passing as a human detective. When a man winds up dead in the richest district in the city, the detective and her partner find themselves taking a case where any choice could have dire consequences for humanity.

Content warning: Violence, gore, and strong language are part of the game.

What Folks Have Been Saying About The Right Side of Town:

"Quality sci-fi is a bit like twine-powered interactive fiction The Right Side of Town by Kitty Horrowshow and Javy Gwaltney. An excellently written, grim and intriguingly illustrated choose-your-own-adventure where choices matter and the remnants of humanity struggle to preserve their humanity; or, traditionally, get richer in expense of the many." --IndieGames.com

"Being able to guide her through this world, to shape her as a different person in every playthrough, gives The Right Side of Towna power that traditional fiction can't touch. I love a good novel, but this game showed me just what video games can bring to traditional storytelling through the reader. The Right Side of Towngives the reader agency in the storyline, and a power over where it goes, that you just don't see in other forms of entertainment. That it can do so with subtlety just shows the skill Gwaltney has as a writer. Adding Kitty Horrorshow's wonderful poetry into the mix, as well as Huipe's music, creates a delightful experience that is over far too soon." IndieGames.com (review)

"The Right Side of Town sees humanity long after fleeing a dying Earth, fragmented into colonies where the rich get rich and oh, you know the rest of how that works. Pretending to be human for 483 years, Naomi has for now settled into a life as a cop and a mother in a corner of the solar system. Then murders start. Then the murders get personal. It's exciting, with options hinting at things going far worse than I let happen in my first attempt. It's touching and hopeful and sad too." -- Rock, Paper, Shotgun

"With five endings across forty-thousand words, there is lots of room for players to accidentally bring doom upon humanity through poor detective work and decision-making. Written/developed by Javy Gwaltney (The Terror Aboard the Speedwell) and Kitty Horrorshow (Dust City), [The Right Side of Town] promises a winding narrative filled with dark themes" -- Indie Game Mag

"My first play took me about twenty minutes, and I was utterly engrossed. I'll definitely be playing again to see what other endings I can find – the possibilities for branching seem like the story could end in vastly different places. The illustrations are excellent; Twine games are typically text-based, but for this one, there are illustrations at important plot points. The soundtrack (included as both wav files and in a YouTube link at the beginning of the game) sets the mood perfectly. This is definitely dystopian cyberpunk with all the trappings: huge class divides, androids, somewhere in the middle of present day and an unrecognizable future. The story is tense and kept me clicking, worried that my next move would be my last." -- NerdybutFlirty

The Right Side of Town was written by Javy Gwaltney and Kitty Horrowshow. Music was produced by Erandi Huipe, and the game was illustrated by Matt Schanuel.

Javy Gwaltney devotes his time to writing about these videogame things when he isn't teaching or cobbling together a novel. You can follow the trail of pizza crumbs to his Twitter or his website. He wrote The Terror Aboard The Speedwell, [R]espawn, and was the designer and lead writer on You Were Made for Loneliness.

Kitty Horrorshow is a writer, game-maker, bird-witch and haunted-city goddess. She's responsible for Dust City, CHYRZA, and the upcoming SKIN. Follow her on twitter (@kittyhorrorshow) for more strange games and breathless musings on the nature of living architecture.

Erandi Huipe is from sunny, southern California but refuses to leave the house.

Matthew Schanuel cut his teeth by inking on post-it notes while on the phone at a crappy job. When he's not doodling, he's enjoying Boston's lovely winter weather.

In order to download this game you must purchase it at or above the minimum price of $3.50 USD. You will get access to the following files: 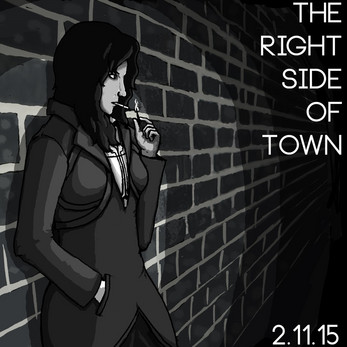 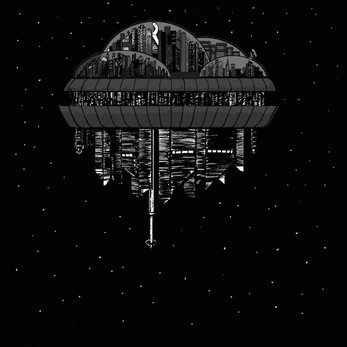 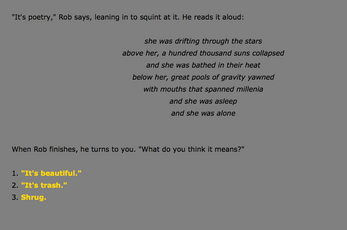